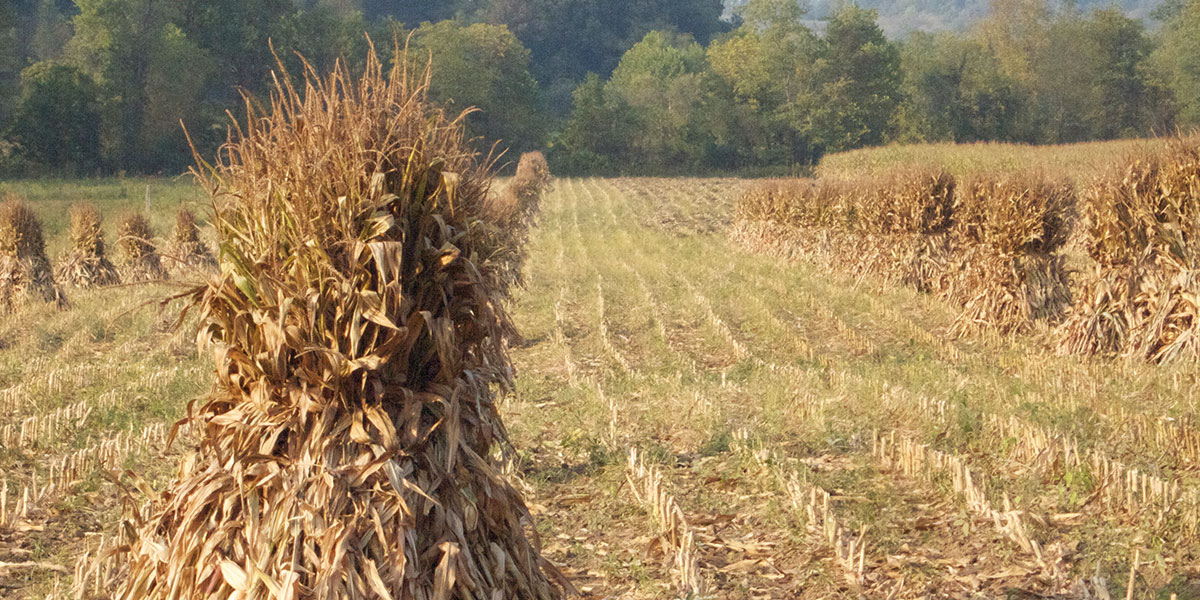 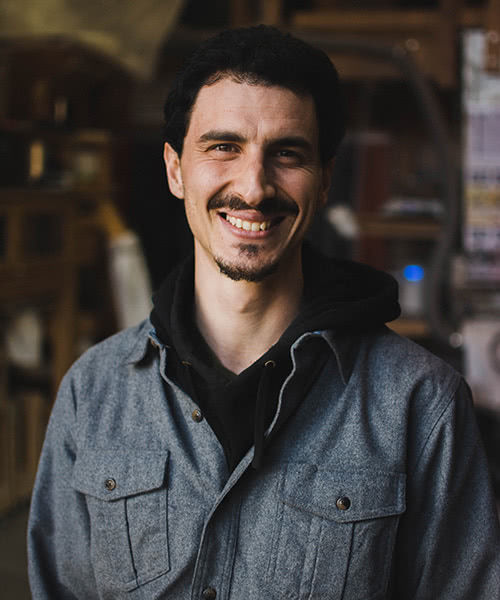 Brandon came to Appalachia on an early stop of his post college cross country bike trip, afterwhich, he found himself drawn to come back to Athens County to work and live. His existential anxiety about making sure grain and bean crops were part of the burgeoning local food movement led him to grow test plots of high nutrition staple seed crops in 2008 (funded by a $5800 NCR-SARE Farmer Rancher Grant). As part of that initial work, he and Michelle launched the Appalachian Staple Foods Collaborative, an informal network that led to the launch of Shagbark. He crunches numbers and solves problems as they arise. He's into a lot of other things— Organic farmsteading, backpacking, Soto Zen, T'ai Chi, Yoga, racquetball, volleyball, Ultimate Frisbee and most recently, Pickle Ball. 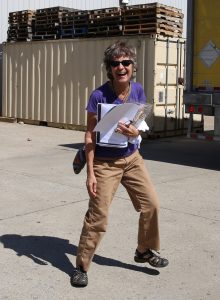 Michelle moved to Amesville, Ohio, to teach at a small parent-run school. She soon was involved in the formation of two intentional communities, and market farming at Conditional Farms. At Shagbark, Michelle is the CMO, and network weaver, connecting us with Food System Leaders and other mills across the country. She recently rejoined Rural Action with the Appalachian Staple Foods Collaborative, the informal network she founded in 2009, which led to launching Shagbark. She's received several awards for connecting local food to justice, the environment, and innovation.

Joe runs the production floor, alternating between seed cleaning and milling, and making sure crop receiving, bagging, and loading products for distributor and local deliveries are well coordinated. He’s been working in organic farming and food production for more than 20 years and has grown vegetables for the market at his family farm in Meigs County, where he lives with his partner, Cat and their two children, Amani and Ben, along with their donkey and goat, Pedro and Damu. He’s also worked as the Assistant Manager for the Athens Farmers Market, and as a member of the production team at Snowville Creamery. His humor is uplifting and irreverent, so there’s considerably more laughter at work since he joined the team. He’s a long time friend of Michelle and Brandon. 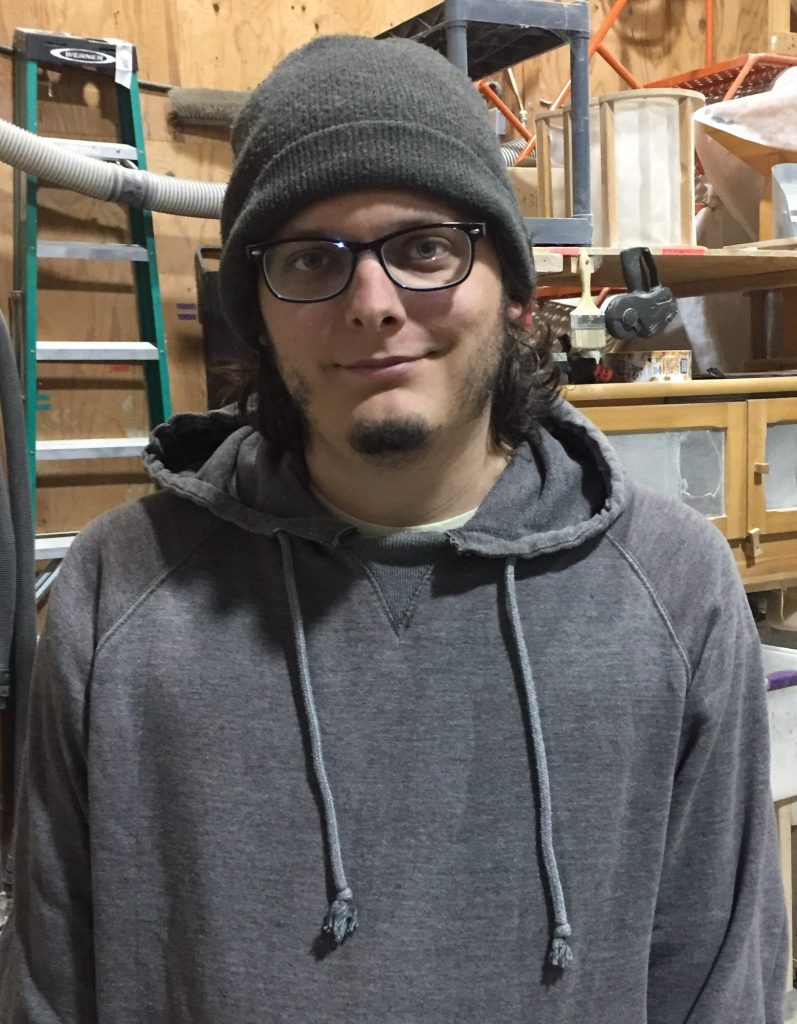 A man of many hats around the mill, Dillon keeps the books up to date, answers inquiries, coordinates Shagbark distribution around the region, and more! He's even apt to show up at our booth at the Paw Paw Festival or enjoying the main stage at the Nelsonville Music Festival. An OU alum who spent several years in Tennessee, he and his wife were elated to return to their roots in Athens in 2018. Dillon enjoys playing music, collecting retro video-games, and spoiling his 2 cats: Mila and Tomato Sauce.

Marty is a founding member of the cooperative intentional community where she has lived for over 30 years outside Amesville, Ohio, in Athens County. She has spent much of her life participating in nonviolent direct action for social and economic justice, consulting in cooperative communications in the US and Europe. She is now "retired" from a career of community organizing, having worked with many of the local Athens advocacy, environmental, and community development nonprofit organizations. Marty helps with hiring, seeing that everyone gets paid on time, and accounts payable. She asks the best questions at our monthly staff meetings about profits, balance sheets, and all things financial. She likes taking walks, canoeing, knitting, and doing jigsaw puzzles. 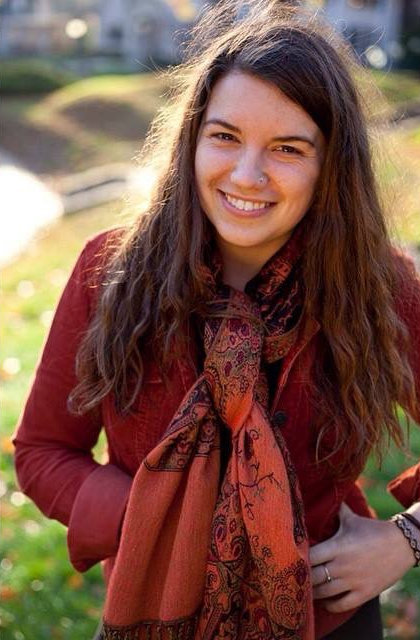 In a way, Janice grew up with Shagbark. Brandon met her at the farmers' market in 2013 when Shagbark was still in its infancy. She tasted our chips and immediately started calling shoppers over to our booth to try them. He hired her on the spot! First, she was an intern, then a part-timer who ran our farmers market booth and helped with bagging while studying Foodways and Nutrition at Ohio University. After graduation, we hired her to do everything from milling to market, from event planning to finding good demoers around the state. She's traveled the country and moved to Asheville, NC, and when she comes through Athens, she does a stint at the market or one of our annual events!

When Jaymee comes home from Ecuador to visit her family in New Marshfield a few times a year, she brings her contagious joy and energy to our Athens Farmers Market booth on Saturday mornings. She received a Fulbright Scholarship to work with indigenous communities in Ecuador, where she created and performed plays with indigenous women about their experiences with oil and gas extraction. She has strong ties to her family and community here and has taught us about the historical and economic connections she sees between Appalachia and the indigenous people of Ecuador. Now living in the Western US, she works with midwives in her community.

Tiffany is a client of Echoing Connections who became a Shagbark employee to deliver our products to our Athens grocery, restaurant, and school customers. You might see her at the Athens Kroger on Mondays and Thursdays when she’s stocking our shelves as part of that delivery. She is also in charge of weekly clean up at the Mill. She loves horseback riding and is on the swim team at the Special Olympics.