From mysterious origins to mystical healing powers, spelt claims a history as rich as its unmistakable sweet, buttery, nutty flavor. Spelt, also known as “Dinkel” or German wheat, developed through the spontaneous crossing of the wild goat grasses (Aegilops squarrosa) and Emmer (an ancient Egyptian grain) between 6000 and 5000 years before the Christian Era. This wilder crop boasts a very impressive lineup of nutritive qualities. In ancient Greek mythology, spelt was given to the people by the goddess Demeter, and in the 12th century, Hildegaard von Bingen, the first nutritionist in Germany, called spelt the best grain of all, and prescribed it for everyday health maintenance and as the first medicine to a very wide range of ailments and conditions. Spelt contains more protein, fats and crude fibre than wheat and also has large amounts of Vitamin B17 (anti-carcinoma). It also contains special carbohydrates which play a decisive role in blood clotting and stimulate the body’s immune system so as to increase its resistance to infection. Shagbark’s Oberkülmer Spelt is grown at the Mark Beaver Organic Farm. The Beavers never use GMO varieties, as is required to be Certified Organic. 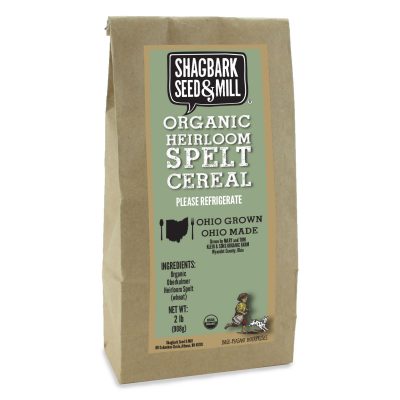 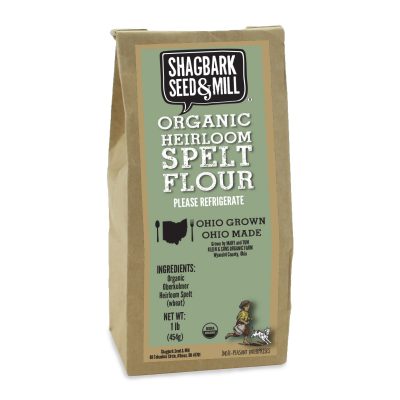 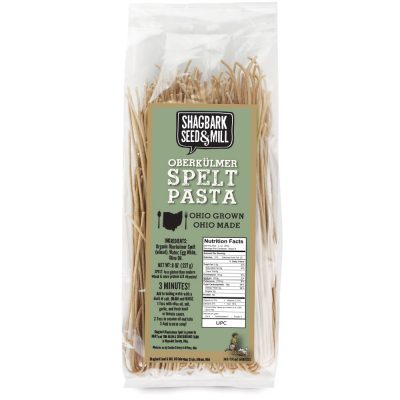